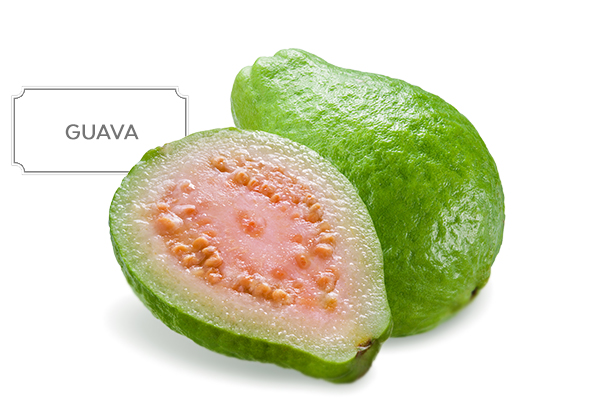 Guava is native to South America and has since been naturalized through the tropics. It is considered by many to be a super fruit since it is not only a highly marketable, but it is also rich in vitamins A and C. In fact, a single guava contains four times more vitamin C than an orange. Vitamin C is a potent antioxidant that is often used in cosmetics to reduce oxidative stress which can contribute to damage and aging. It is also commonly used to enhance collagen synthesis for additional anti‐aging benefits. Vitamin A is also an antioxidant that is also frequently used in skin care applications to treat issues associated with problem skin such as acne and excessive sebum production. The seeds of the fruit are also rich omega‐3 and omega‐6 fatty acids. These are both essential fatty acids that can provide anti-inflammatory properties while also offering additional conditioning benefits. Clearly, there are a variety of health benefits associated with the fruit, which may explain why guava extracts are becoming such a popular ingredient in both skin and hair care applications.